Yes, it's true! That great duo, Rosie and Raggles, were at West End Live (which featured acts from every one of the 39 shows currently on the West End) in London's Trafalgar Square today – and they'll be back tomorrow. Rosie is a really lovely character, and Raggles is just about the best-written and nuanced character in pre-schoolers' TV. Here they are in a scene from the programme...

Not only were the two around during the event, they also put on a short item on the stage. That performance, and some of their other appearances around the double-width Everything's Rosie activities tent, is in this movie I have today edited and uploaded overnight.

There were plenty of their production staff on hand too, including the producers Stephen and Vickie Corner. Indeed, just for the weekend, Trafalgar Square became a square with six Corners...

Oh, in case you were wondering: the numerous cuts and dissolves were done simply to keep children's faces out of the finished product as far as practicable. I've done the best job I could without losing anything vital...


UPDATE: Here are some photographs I took on the Sunday. Clicking on any image will, as usual, display a larger version... 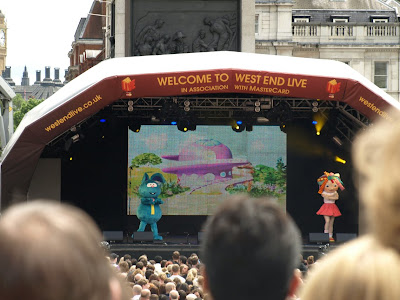 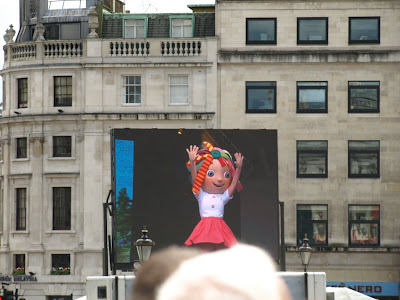 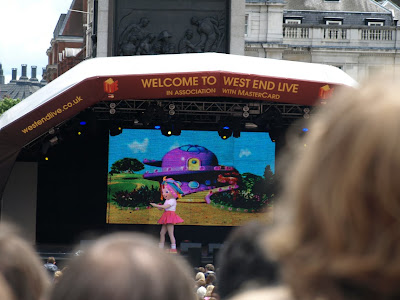 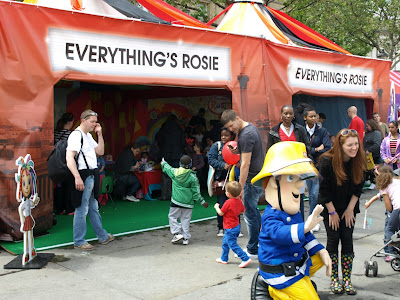 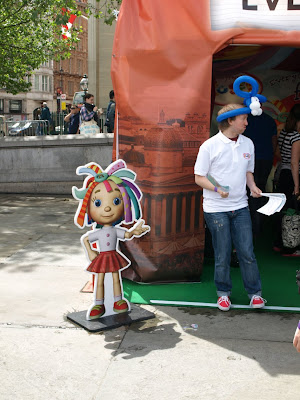 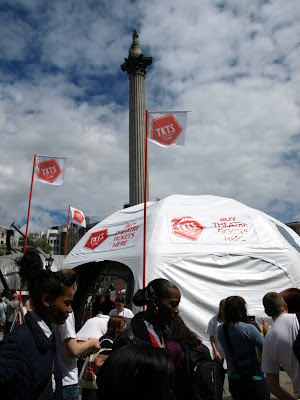